The left must open up to a world of ideas 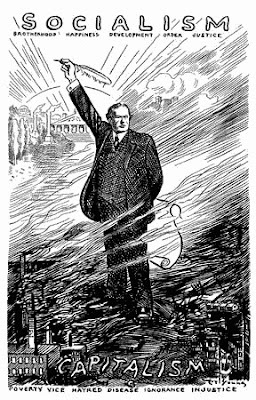 Social democrats must dig deep into their own rich history of empowering political thought, whilst looking beyond Europe’s shores to a world of new ideas
The present weakness of centre-left parties in the industrialised world is frequently attributed to poor leadership, flawed electoral strategy, and dysfunctional communications. Contingent and conjectural factors such as the global economic crisis have also been invoked in explaining the circumstances of defeat. Far less attention has been given, however, to the depth of the ideological and intellectual crisis that Western social democracy now faces.

Social democratic parties have been slow to recognise that the world rapidly moves on and our society is now in the grip of three structural crises: the global financial crisis and its aftermath; the global competition crisis posed by China, India and Brazil; and the looming climate crisis.

These increasingly define the geo-political landscape as globalisation continues to pose serious challenges and dilemmas. The sustainability of the global economic and political order appears increasingly precarious. There are major threats relating to overpopulation, access to resources such as food and water, and energy scarcity that risk unleashing a global clash of futures.

In the UK and across Europe, centre-left parties have to show how they would meet and master these challenges as part of the new global order.

What unites these strategic challenges is that they demand not only a rational policy response. Each has profound implications for the very process of governing itself. In truth, despite a decade of radical constitutional and political reform, social democrats have been locked into an elite-model of governance. Centralised solutions, rapid lever-pulling from the centre and top-down change are unlikely to produce optimal outcomes, let alone get to grips with complex challenges.

A new kind of politics is needed, based on engagement and debate between citizens and government, building consent for tough and painful decisions. Social democracy must not concede this territory to the centre-right.

The enormity of domestic and global challenges makes the centre-left’s search for new ideas all the more urgent. The next generation of ideas will have to be more open and multi-layered, but it will be none the worse for that. There are two principles sources on which social democratic parties can draw.

The first is its past. The centre-left has to dig deep, re-discovering a rich heritage spanning at least three centuries of political thought and activity among radicals and dissenters. The second is to draw on ideological and intellectual developments in the rest of the world. Both are central to producing a compelling governing strategy for the future, matching the scope and scale of the challenges that the world now faces.

New Labour in Britain was notoriously suspicious of the party’s past, but it missed a vital opportunity to reclaim and refurbish important intellectual traditions. One example is how to define the public realm and the public interest. This is a real concern in the light of the global financial crisis, when it appeared that market interests had prevailed over elected governments.

Late 19th century liberals and social democrats gave considerable thought to how the public realm ought to be strengthened. They envisaged a sweep of civic institutions from guilds and friendly societies to mutuals and trade unions that would generate public value, and offer protection from the turmoil of rapid industrial change.

These bodies were not positioned against the state. Over the course of the early 20th century, they were seen as increasingly complimentary to the expansion of government activity. But this insight was steadily emasculated in the second half of the 20th century, with the growth of the post-war welfare state and the enlargement of the public sector at the expense of community organisations. The rebirth of mutualism as a strategy for embedding the public interest and encouraging the diffusion of wealth and ownership must be at the heart of social democracy’s future.

Turning to the rest of the world, the programme of Labour in Britain was heavily influenced by the New Democrats in the United States, shaping the agenda at the heart of its 1997 manifesto. It also became increasingly engaged in European social democracy, particularly the Nordic countries and their strategies for social equality and investment in children.

But the search for new ideas has to go far wider than Europe and the United States: take China as an example. We need, of course, to understand the role that manufacturing industry in China will play in the global economy. But we should also examine how the Chinese Government is approaching the task of social development, providing public goods such as healthcare and education to a rapidly expanding population.

Latin America, too, provides important insights into how to tackle rising inequalities, including the empowerment of women. Labour must look to the world beyond Europe and the Anglo-sphere if it is to offer a convincing future programme.

The challenge is to think strategically about how to become the party of the future again, laying down alternative approaches and ideas from the centre-right. European social democracy is surely ripe for an overhaul. This is the time more than ever to reclaim our progressive roots, and to think audaciously about the world beyond Europe’s shores.

Patrick Diamond is a senior research fellow at Policy Network. He is a former head of policy planning in 10 Downing Street
Posted by Next Year Country