"Metal is expanding and becoming more diverse. It's becoming global and it's becoming a tool for social and political commentary."

These words were spoken by anthropologist and filmmaker Sam Dunn in a report by MSNBC. Dunn directed Metal: A Headbanger's Journey, a 2005 documentary that studied the cultural aspects of metal, as well as opinions on it and the supposed controversy surrounding the music genre. The film debuted at the 2005 Toronto Film Festival.

People in Havana queue for a copy of Diary of a Combatant,
Ernesto Che Guevara's account of his experiences during
the Cuban guerrilla campaign that swept Fidel Castro to power in 1959.
(Javier Galeano/Associated Press)

Diary of a Combatant, revolutionary icon Ernesto Che Guevara's journal of the time leading up to Fidel Castro's rise to power, debuted in Havana on Tuesday.

Aleida March, Guevara's widow, and the couple's two daughters were among the dignitaries who attended the book's official launch in Havana, which marked what would have been his 83rd birthday.

Covering the period from Dec. 1956 through late 1958, the journal was edited by the Che Guevara Studies Center (which is directed by March) and published by Australia's Ocean Press/Ocean Sur.

The book recounts the Argentine-born Guevara's experiences, from his arrival in Cuba aboard the yacht Granma alongside Fidel and Raul Castro through their three-year guerrilla campaign in the country's Sierra Maestra mountain range. Fidel Castro swept into power in early 1959.

Ernesto Che Guevara's widow, Aleida March (left) and one of his daughters, Aleida Guevara (right), attend the launch of Diary of a Combatant in Havana on Tuesday. (Miguel Guzman/Prensa Latina/Associated Press)
The goal of the new publication was "to acknowledge his thoughts, life and work," March told reporters on Tuesday.

Diary of a Combatant was compiled from handwritten notebooks, but publication was delayed because some were missing, according to researchers who worked on the project.

Guevara's writings have included a manual on guerilla warfare published in 1960, his account of the Sierra Maestra campaign (1963's Episodes of the Cuban Revolutionary War) and The Motorcycle Diaries, a chronicle of the Latin American road trip the former medical student embarked upon at the age of 23. The latter inspired a 2004 film of the same name.

The journal chronicling Guevara's ill-fated Bolivian campaign caused a sensation when it emerged in 1968 — the year after he was captured by the Bolivian military and executed.

Guevara's remains were eventually recovered and transferred to Cuba, where they are buried in a war memorial east of Havana.

Who was Nick Schaack?

76 years ago from this Canada Day July 1 2011, two people died in the fighting during the Regina Riot which ended the On-to-Ottawa Trek.

Its been well documented that Regina police detective Charles Millar was killed during the Riot, but little has been written about Trekker Nick Schaack who died from head injuries sustained in the fighting.

From what we know Nick was badly injured and thrown in jail. Finally, many hours later, he was sent to the hospital. He died of the trauma to his head sustained in the Riot. His unmarked grave is in a Regina cemetery, ironically just a stones throw from Detective Millar.

Nick was an American looking for work when he joined the Trekkers. Local trade unionists undertook a project last year to provide a proper marker for his grave.

Everyone is welcome to attend the unveiling of a commemorative headstone for Nick Shaack, who died as a result of his participation in the Regina Riot, July 1st, 1935, struggling for economic security on behalf of the people of Saskatchewan and all Canadians.

We will meet at the Regina Cemetery (the corner of 4th Avenue and Broad Street) for the unveiling ceremony and then travel to the office of the Saskatchewan Union of Nurses (2330 2nd Avenue, Regina) for a FREE BBQ!

Link: Casualties of the Regina Riot
Posted by Next Year Country 0 comments 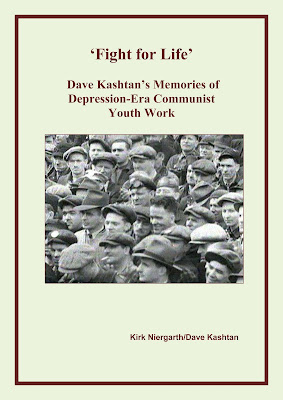 Rape, Mercenaries, and Bloodbaths on the Scale of Yemen? 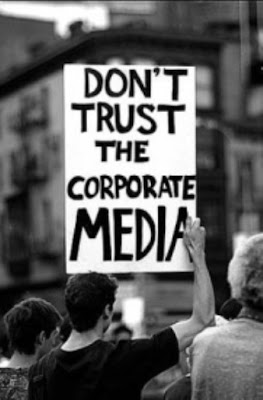 In the Independent on June 24, Patrick Cockburn reported a vital development countering official propaganda on Libya:

Human rights organisations have cast doubt on claims of mass rape and other abuses perpetrated by forces loyal to Colonel Muammar Gaddafi, which have been widely used to justify Nato’s war in Libya.

Nato leaders, opposition groups and the media have produced a stream of stories since the start of the insurrection on 15 February, claiming the Gaddafi regime has ordered mass rapes, used foreign mercenaries and employed helicopters against civilian protesters.


Black Bloc, White Riot: Anti-Globalization and the Genealogy of Dissent, By AK Thompson

Reading AK Thompson's book Black Bloc, White Riot kept bringing to mind one particular memory from the Summit of the Americas protests in Quebec City a decade ago.

On April 20, the first day of the demonstrations, we marched in our thousands towards the fence, behind which 34 heads of state had gathered to hammer out a hemispheric trade deal. Under a hail of catapult-launched teddy bears, activists dressed in black quickly removed the fence's supports with bolt cutters and pulled it down with grapples as onlookers cheered them on. For a brief moment, nothing stood between us and the convention centre. We scrambled atop the toppled fence, but for the most part we went no further, as if our intention all along had been simply to replace the state's chain-link and concrete barrier with a human one of our own making.

Labels: Movements
Email ThisBlogThis!Share to TwitterShare to FacebookShare to Pinterest

World's wealthiest people now richer than before the credit crunch

Click here to see a pdf of this graphic
We are not all in this together. The UK economy is flat, the US is weak and the Greek debt crisis, according to some commentators, is threatening another Lehman Brothers-style meltdown. But a new report shows the world's wealthiest people are getting more prosperous – and more numerous – by the day.