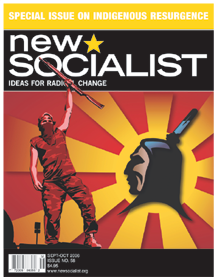 An indigenous woman and former employee with the Federation of Saskatchewan Indian Nations (FSIN) recently confided her frustration with the apathetic approach to collective organizing amongst her co-workers. When asking her colleagues why they did not want a union to represent them, a frequent reply was that it was “not our way.” In other words, organizing to protect workers’ rights is “un-indigenous.”

That these views have taken root among employees is indicative of the seductive sway that fixed notions of tradition hold on indigenous people. Many of us fear being accused of what the Plains Cree refer to as moniyakaso; that is, “acting or behaving as a white person.” This article explores these themes in the context of the highly publicized establishment and eventual elimination of a labour union at the Northern Lights Casino in Prince Albert, Saskatchewan.
New Socialist article here
Posted by Next Year Country 1 comments

There Is No Third Way: Why Social Democrats Must Be Anti-Capitalists

If social democracy has a future, then it can only lie in fully accepting the lessons of its own past, both distant and recent.

Today, almost exactly twenty years after the fall of the Berlin Wall, it is surely clear that the record of reforming governments before and after that momentous event has belied many of the confident assumptions shared by moderate progressives in the twentieth century.
Social Europe Journal link
Posted by Next Year Country 0 comments 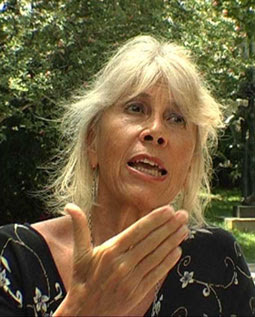 Marta Harnecker, a Chilean sociologist, has been an active participant and observer of Latin American politics. From Salavdor Allende's tragic socialist government to Nicaragua, Cuba and now Venezuela, Marta has gathered much from the cauldron of Latin American socialism.


In her short pamphlet, Ideas for the Struggle, she trys to summarize the lessons we need to learn to build socialism for the 21st century. In Ideas she addresses these points:
While Latin American politics can seem quite distant, geographically and socially, the errors of the left have been universal as must our refoundation.
Ideas for the Struggle by Martha Harnecker
Posted by Next Year Country 0 comments

Time to build a socialist organization 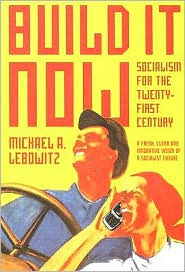 The left in Saskatchewan is still large but lacks political organization. Many work within the NDP or the Green Party, others in trade unions, feminist groups, environmental causes and other social movements. But we lack the ability to conduct explicit socialist discussion and action. We lack organization.

Cynicism or despair about building anything new is rampant. But we can learn from our past to avoid making the same mistakes. At least let's organize and make different ones! We can only learn by doing. We can only build by picking up our tools and starting something.

The Ontario-based Socialist Project's statement reflects an approach we in Saskatchewan might adopt:

"The Socialist Project does not propose an easy politics for defeating capitalism or claim a ready alternative to take its place. We oppose capitalism out of necessity and support the resistance of others out of solidarity. This resistanceccreates spaces of hope, and an activist hope is the first step to discovering a new socialist politics. Through the struggles of that politics – struggles informed by collective analysis and reflection – alternatives to capitalism will emerge.
Such anti-capitalist struggles, we believe, must develop a viable working class politics, and be informed by democratic struggles against racial, sexist and homophobic oppressions, and in support of the national self-determination of the many peoples of the world.
In Canada and the world today, there is an imperative for the Left to begin a sustained process of reflection, struggle and organizational re-groupment and experimentation. Neither capitalism nor neoliberalism will fade from the political landscape based on the momentum of their own contradictions and without the Left developing new political capacities.
We encourage those who share this assessment to meet, debate and begin to make a contribution to a renewed socialist project in your union, school and community."
Socialist Project Founding Statement
Let's start building.
Posted by Next Year Country 0 comments 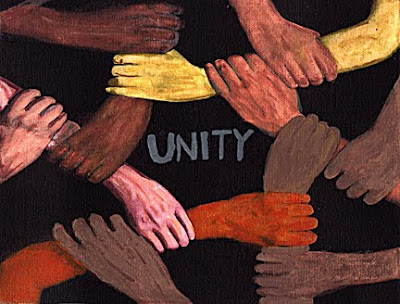 Bureaucracy vs Democracy: Woodrow Lloyd and the CCF-NDP

Can the NDP be changed to be a more radical political tool for the people?

Read this issue of Next Year Country from 1983 to learn about this pivotal struggle over Saskatchewan Premier Woodrow Lloyd's leadership.

It was in the thirties, legend has it, that an old pioneer was asked how many good years Saskatchewan farmers had experienced, “Two”, he replied, “1916 and next year”. 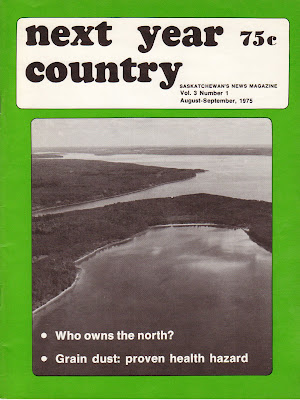 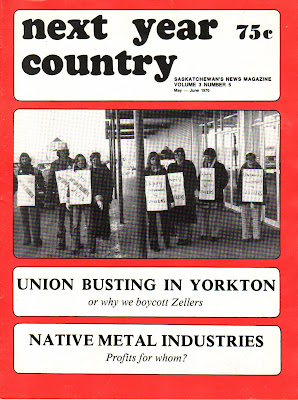 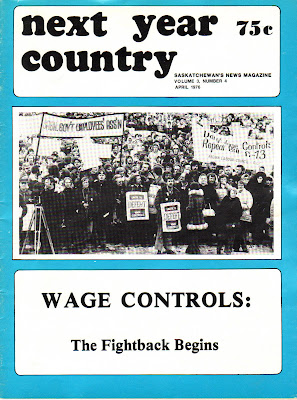 Next Year Country was a provincial magazine published by the Saskatchewan Waffle Movement in 1972 and was issued in various forms until 1983. This blog intends to contribute, not to a revival of the Waffle movement, but to the spirit of hope and optimism it reflected. We need this spirit again.
Posted by Next Year Country 0 comments