Remembering Sask Oil: It Can Be Done! 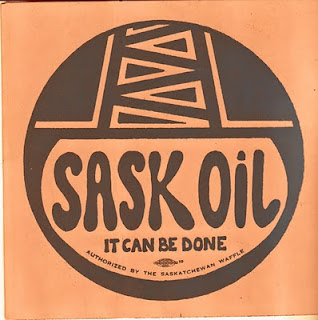 This past week it was revealed that one of China’s state-owned oil corporations has made a bid to take over Nexen, one of the remaining four large oil corporations operating in this country that are deemed to be Canadian owned and controlled. Nexen is based in Calgary, but it is known that around 65% of its stock ownership is foreign. In recent years there has been a steady disappearance of major Canadian corporations as they are being swallowed up by larger transnational corporations. This is very noticeable in Saskatchewan.

Erin Weir, and economist with the Steelworkers, has reminded us that the Saskatchewan Oil and Gas Corporation (Sask Oil), once a Crown corporation, was privatized beginning with Grant Devine’s Conservative government, became Wascana Energy, and then was taken over by Occidental Oil corporation, which then became Nexen. So much of Nexen’s land holdings and oil and gas wells in Saskatchewan will now end up as Chinese assets. How did this happen? Are Canadians incapable of running their own economy? Do all of the profits from the extraction of our non-renewable resources have to flow out of the country? Does anyone care any longer?

Moving to take control of our economy

The New Democratic Party under the leadership of Allan Blakeney was elected in 1971. The platform pledged that if elected they would create a Crown corporation in the oil and gas area. In 1973 the NDP government was faced with the major increase in world oil prices created by the OPEC producers' cartel. Oil prices rose dramatically in Canada. Rather than let the private oil companies capture this windfall gain, the Romanow government, in tandem with Peter Loughheed’s Tory government in Alberta, introduced a new excess profits tax which would capture all the increase for the general public.

Of course, the oil corporations fought back, and the federal government took their side in the dispute. They went to court against the two provinces. In 1977 the court ruled the action taken by the NDP government, which took the form of a royalty surcharge, was ultra vires. Not backing down, the Blakeney government then introduced a new income tax on oil revenues and made it retroactive. Those were certainly different times. Governments were actually willing to stand up for their constituents.

In 1973 the NDP government created Sask Oil. There was no nationalization; it bought the assets of other oil corporations. By 1981 Sask Oil had assets of $191 million, gross revenues of $60 million, and paid $26 million in royalties to the government. The Blakeney government also raised the oil royalties significantly. The share of the economic rent (excess profits) going to the general population rose form 13% in 1972 to reach a high of 65% in 1982. The oil corporations did not pack up and leave as they were still making good profits.

But the trend of expanding democracy ended in 1982 then Grant Devine’s Conservative government took office. They were committed to turning over the Crown corporations in the resource sectors to private investors. In October 1985 they began selling off Sask Oil: 100 million shares were offered for one-third of the company, at a price of $9 per share. The majority of the stock in Sask Oil was sold by the end of 1986. At the end of this process, 75% of the new owners of Sask Oil lived outside Saskatchewan, a majority in the United States.

In 1988 the Devine government sold Sask Power Corporation’s natural gas holdings in Alberta to the now privatized Sask Oil for $325 million, and all but $124 million was financed by Sask Power. These reserves represented a 15 year supply for the Saskatchewan market.  At market prices at the time, these assets were worth $984 million. Privatization always represents the theft of public goods by private investors.

No change with the new NDP government

Many hoped that when the NDP under Roy Romanow was elected in 1991 this trend would be reversed. But this was not to be the case. The new NDP government simply completed the privatizations that had been begun by the Devine government. This included selling off the remaining shares of Sask Oil still owned by the government. They also removed the restrictions on foreign ownership imposed by the Devine government. Following the trend set by the Conservatives, the NDP governments of Roy Romanow and then Lorne Calvert further reduced the royalties on the extraction of our oil, down to only 15% of the economic rent collected.

The experience of the NDP government under the leadership of Allan Blakeney demonstrated that the people of Saskatchewan have the ability to run their own economy. A Heritage Fund was created, and part of the royalties collected from the extraction and export of our non-renewable resources was used to finance further local ownership and control. However, it seems that these days only Third World countries have the confidence to stand up to international capital as well as their local comprador bourgeois class and their right wing political allies.