The Black Chamber-Maid and the Boss of International Capitalism 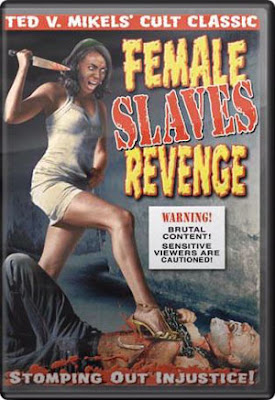 Just some days after the commemoration of the abolition of slavery: the black chamber-maid and the boss of international capitalism, a crime, and two presumptions of innocence!

The crime, it’s either a fraudulent denunciation, or a case of attempted rape with violence and forcible confinement. On one side, a black American chamber-maid who brings charges of attempted rape. On the other side, a boss of international capitalism (head of the International Monetary Fund), a white Frenchman, who is the accused. The two of them have equal rights to the presumption of honesty and of innocence.

And yet in France, ministers of State, prominent politicians, on the Right as on the Left, cry "conspiracy" against their good friend Strauss-Kahn, who they admit is an inveterate seducer, but would not be a sexual predator.

They hardly give the benefit of the doubt to this modest black maid of thirty-two years who, if she speaks the truth, had the immense courage to bring charges against one of the powerful of this world, despite all the inherent dangers! And what if the maid were telling the truth! And what if the big boss were lying! It will have been a U.S. black maid whose courage has saved France of disgrace and humiliation, a symbol! And this, before it’s too late, before DSK become a candidate for president, or even become president, of France.

According to information currently available, she is a modest woman, respectable and respected. The past of DSK is, in contrast, a series of brushes with the law with respect to either his integrity or his relationship with "women", to use his choice of terms! It is true that DSK has always got away with it, cleared, or at least absolved, up to now.

We must, I believe, respect this double presumption of innocence, that of a black chambermaid and that of white capitalist boss. Give justice time to reveal the truth! Let’s hope it succeeds. DSK has the best lawyers. What about the black maid? Jean de La Fontaine said in his fable "The Animals Sick of the Plague": "According to whether you are powerful or miserable, and the court will decide you are white or black."

Nothing is simple. As Frantz Fanon thought, slavery is abolished, but the attitudes of slavery are still with us. That is the plague, and justice is a combat!
Posted by Next Year Country

Labels: Movements
Email ThisBlogThis!Share to TwitterShare to FacebookShare to Pinterest