By Peter Krawchuk
From The Socialist History Project

When the Canadian Communist movement was born after World War I, a large portion of its founding members and supporters were socialists who had emigrated to Canada from Ukraine. In this chapter from his book on the Ukrainian left, historian Peter Krawchuk examines the origins and evolution of the Ukrainian socialist movement in Canada, from its beginnings in the early 1900s to the time of the Russian Revolution.

Over 100,000 people came from Ukraine to Canada in the 1890s, and by 1911 the number had grown to at least 215,000. Most settled in Manitoba, Saskatchewan or Alberta, and most hoped to make a living as farmers. Some of the immigrants had been active in socialist and revolutionary-democratic movements before coming to Canada. That immense migration is the background to Chapter One of Our History — “The Birth of Organized Life.” 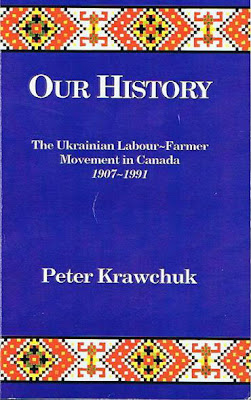