Potash and the Canadian Corporate Elite 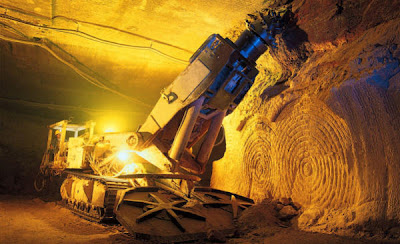 So the Potash Corporation of Saskatchewan drama is about to come to a head Wednesday with the Harper government’s decision on whether or not to approve the takeover bid by Australia’s mega corporation BHP Billiton. Most are predicting that Harper will cave under the pressure from Brad Wall, Saskatchewan Party premier and Harper’s closest ally amongst all the premiers.Wall is a very effective and popular politician and he could hurt Harper more than any NDP or Liberal premier. But there is no predicting Harper – he often makes decisions that seem obviously contrary to his best interests just out of pure orneriness.

It’s hard for progressives to get excited about who owns a corporation, especially one like PCS whose CEO is sitting on half a billion dollars worth of stock options and which treats its employees badly. And in this case much of the talk about the deal centres on the marketing cartel – Canpotex – that sells the potash produced by three companies, including PCS. This cartel controls a big percentage of the potash production in the world and essentially keeps prices as high as possible by cutting back production when prices start to fall. It is farmers and peasants around the globe who suffer the consequences in higher than normal market prices for fertilizer. Canpotex is a big benefit to Saskatchewan as it increases both royalty and tax revenues. But a lot of very poor people pay the price of Saskatchewan prosperity.

The whole argument that foreign investment is good for Canada is crude and largely false. Since the mid 1980s an average of 95% of foreign investment in Canada has gone to just this kind of acquisition. In other words, just 5% goes to actual new productive investment – like creating a new mine instead of buying up existing ones. Most acquisitions have predictable results, most of them negative.

Canadian labour-management relations while not exactly cozy are relatively civilized. But when a foreign giant takes over – like Vale corporation of Brazil which bought Inco -it brings its attitude towards it workers with it and the results are often nasty. Vale’s ruthless approach to its employees and their union, including the active recruitment of scabs during a long strike, is just one example.

These huge buyouts are most often done with borrowed money – so much borrowed money sometimes, that the new owner immediately begins cutting corners and laying people off in order to pay the interest charges on the new debt they have taken on. And they are more than willing to go after any source of money they can find – including employee pension funds if they can. They have also been known to break up companies, selling off profitable parts to other companies which then go through the same process.

When foreign investors buy companies they often move the head office to their headquarters and with that H.Q. goes some of the best paying jobs and the decision-making. When it’s a high tech firm, the research function more often than not heads south (or east) as well. High tech industries feed off each other – the more there are, the more they grow. Start going backwards and it affects the whole sector

Little has been said about how other countries deal with hostile takeovers of their largest firms but it is common knowledge amongst business writers and economists that Canada has one of the crudest “open for business” policies of any developed country. It has no strategy, just ideology, and its foreign investment review rules are so friendly to foreign capital that the process has rejected only one takeover in the past 20 years.

But today, finally, some business executives have actually broken ranks with their colleagues and called into question the blind adherence to market ideology. According to the Globe “…several prominent business chiefs say Ottawa should be getting tough with foreign buyers such as Australia’s BHP Billiton, …. And that view is held even by some of those who are normally heard favouring as much foreign investment as possible.” Even Gerry Schwartz, a big player in mergers and acquisitions himself, stated: ”I would like Canada to be a tougher and more effective negotiator.” The dissenters point out that Australia’s investment rules would never allow such an acquisition of an Australian company.

One of the reasons foreign investors get such an easy ride here can be traced back to our corporate culture. Canadian CEOs and their boards of directors have always looked south of the border with envy and view Canadian national interests with disdain. When the free trade deal was signed with the US, the most nationalist of the business class thought it would spur Canadian companies to be more aggressive. Instead, they simply sold out to the highest bidder. Or they took the easy way out – ignoring global markets and selling over the border, taking advantage of the low Canadian dollar rather than investing in new technology.

After years of silence, Canadian CEOs have been taking a lot of hits in the last year for their timid approach to research and development and their long history of risk aversion. Even the new head of the Canadian Council of Chief Executives, John Manly, has joined in the chorus of those criticizing Canadian companies for their failure to take competition seriously. The key measure for this lack lustre performance is productivity, a measure that exposes Canada as a laggard.

It seems that some of those CEOs are looking at the landscape and seeing that if they don’t speak up soon about the sell-off of Canadian corporate icons, there won’t be much left. If PCS – the owner of 30-50% of a strategic resource – can get snapped up with no resistance from Ottawa, can a takeover of Research in Motion (RIM) be far behind? Harper’s decision will be a signal to other transnational giants. His disdain for his own country tips the odds in favour of approval.
Posted by Next Year Country

Labels: Potash
Email ThisBlogThis!Share to TwitterShare to FacebookShare to Pinterest