By Dennis Gruending
Pulpit and Politics 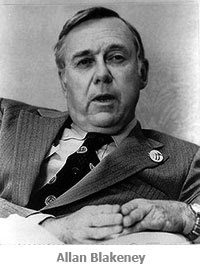 The Potash Corporation of Saskatchewan is poised for sale to the highest bidder, and shareholders, not to mention company executives, stand to stuff their pockets from a deal when and if it occurs. The company has spurned as inadequate an offer of $38.6-billion (U.S.) from an Australian-based giant called BHP Billiton and has also been in talks with other companies, including two from China. The great and tragic irony for the people of Saskatchewan is that in 1989 a provincial government sold Crown-owned PCS for $630 million, a minute fraction of what it may sell for now. It’s like selling your house and having the new owner flip it for 60 times the price. What has this to do with a blog called Pulpit and Politics? Let’s start with the morality of greed, market fundamentalism, and the common good.

I was a young journalist with a ringside seat in Saskatchewan in 1975 when a government led by Premier Allan Blakeney took over half of the potash industry. I later wrote a biography of Blakeney called Promises to Keep and the potash story is told in that book. Potash (potassium chloride) is used as a component in farm fertilizers, which are in growing demand, notably in China and India, countries that have enormous populations to feed. Saskatchewan has the largest potash deposits in the world.