CUPE partners with the Métis Nation to celebrate Back to Batoche

After many successful meetings with Robert Doucette, President of the Saskatchewan Métis Nation CUPE’s Aboriginal Council, CUPE Saskatchewan and CUPE National are forging ahead to sign a partnership agreement with the Métis Nation. This event will take place on July 21 at the 125th anniversary of Back to Batoche Days in Saskatchewan.

As CUPE and the Métis Nation sign this historic partnership agreement Paul Moist, CUPE National President and one of the signatories says, “CUPE will be the model of unions being inclusive of Aboriginal members”.

Back to Batoche Days 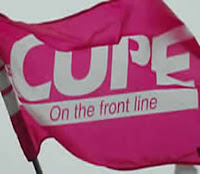 Taking place at the Batoche site, 90 km southwest of Prince Albert, Back To Batoche Days has been an annual event of the Métis since the mid‐ to late 1880s. This event will take place from July 18 to the 25, 2010 and crowds are expected to exceed 40,000.

The Back to Batoche event is a showcase for Métis culture. You can have bullets and bangs, bannock and all kinds of wild meat and fresh fish. You will see the historic dress and brightly colored sashes of the Métis. Jigging and fiddling competitions begin along with the next Métis Idol. Of course a Métis event is not that without entertainment for the children, and many events will satisfy this.

The highlight of the Métis days will be the Michelle Wright concert and the rodeo with the Canadian ranked Aboriginal cowboys and others competing for the Canadian title in this sanctioned event.

CUPE will have materials available at the Back to Batoche Days, including a booklet showing how CUPE has changed its structure to be inclusive of Aboriginal members, as well as an outline of Métis Nation history. You can also pick up a CUPE cookbook with delicious Aboriginal food recipes to try at home. 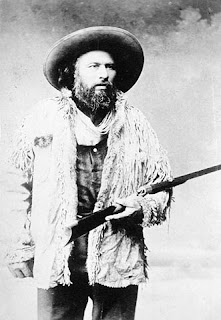 During this year’s event, CUPE members will be paddling the Saskatchewan River for three days, finishing at Batoche. The canoe trip is planned for July 19 to 21. CUPE expects to be joined on the last leg of the river by Métis elders, community groups and others. The Métis Nation will offer a formal welcoming on the banks of the river when the CUPE canoeists arrive.

The Aboriginal Council of CUPE Saskatchewan organized its first canoe trip to Batoche in July 2003 with 17 participants. Since then, the annual canoe trip has grown in size and renown, with 40 canoeists making the three-day journey this year.

Tom Graham, CUPE Saskatchewan President believes, “This is another step in forging a great relationship with the Métis Nation of Saskatchewan.”

Research project
CUPE and the Métis Nation are also working together on a document about the history of the Métis. CUPE Researcher and writer of the document, Cheryl Stadnichuk, says that this is more than history, this is educational tool which will help people realize the great contributions the Métis made to Canada.

Melanie Medlicott, CUPE’s Saskatchewan Regional Director said, “CUPE’s image seems to be changing in the Métis community and initiatives, events and partnerships such as this are working to connect the different communities.”