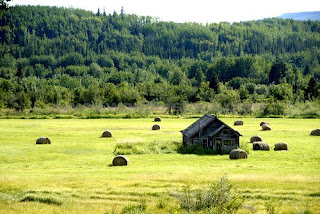 Sunday, 13 June 2010
SASKATOON, Sask.—In countries around the world, including Canada, corporations, investors, and foreign interests are buying up farmland. The National Farmers Union (NFU) today released the first report of its kind documenting Canadian developments in a global land grab.
The NFU report gives ten specific examples of agribusiness and investment companies buying Canadian land. It gives details of these companies and their practices and thus illuminates the rapidly accelerating transfer of foodland ownership from family farmers and local citizens to foreign interests, investors, and corporations.

The report also details the role of Canadian federal and provincial governments in facilitating the farmland buy-up. Governments are failing to monitor or report corporate and investor purchases. Moreover, these same governments are acting to facilitate and promote purchases of farmland by non-farmers.

“Crown agency, Farm Credit Canada, is acting as the main financier of one of the country’s biggest farmland investment companies—providing multi-million dollar loans to a company that has already bought up 100,000 acres of farmland. The federal government’s ‘Invest in Canada’ website is promoting ‘affordable’ farmland, ‘low political risk,’ and ‘fertile fields’ to international investors,” said NFU President Terry Boehm. 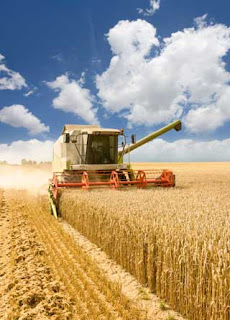 He continued: “There have been two primary models of land ownership and food production over the centuries. In one, land is held broadly, owned by farmers and other local citizens. In another, a relatively small number of elites owned the land and those who worked it and grew the food were sharecroppers and serfs. Canada has, until recently, embraced the first model. But a corporate and investor farmland buy-up means that we may be in the opening stages of a rapid move to the latter model. Unless we act, our land may soon be owned by modern-day lords and barons, with disastrous consequences for all Canadians.”

In addition to the transfer of land from farm families to corporations and investors, the NFU report looks at two additional ways in which farmers’ autonomy, security, and control are being undermined: massive and rising farm debt and corporate financing of farm input sales.

Boehm concluded: “Governments must acknowledge their role in creating the farm debt crisis. Federal and provincial governments have created policies and legislation which allow corporations to externalize costs to farmers. For example, when bad legislation empowers railways to externalize costs, those costs do not disappear—we can locate them today if we search the debt column of the farm financial ledger. Similarly, policies and legislation that empower seed and input companies have the effect of increasing farmers’ costs and indebtedness. The farm debt crisis is a reflection and an outgrowth of a farm policy crisis. Governments must immediately deal with both crises.”

The NFU report, Losing Our Grip: How a Corporate Farmland Buy-up, Rising Farm Debt, and Agribusiness Financing of Inputs Threaten Family Farms and Food Sovereignty is available on-line at www.nfu.ca/land_report or by email by calling Darrin Qualman, NFU Director of Research, at 1-306-652-9465. Terry Boehm (NFU President) can be reached at 1-306-255-2880.
Posted by Next Year Country