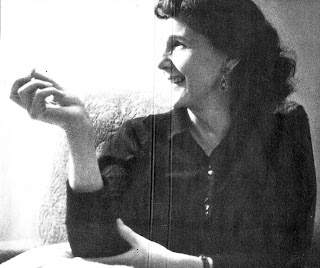 
The mood was tense that summer and Dr. Mahood, who was petite in stature but not easily intimidated, had to be escorted on her house calls. She became the target of threats, yet continued to practise medicine during the strike, says former colleague and retired physician, Dr. John Bury.

Physicians who supported Medicare were shunned, blocked from obtaining hospital privileges and routinely threatened, Dr. Bury said from his home in Saskatoon.

This intense standoff was not to be the last challenge in Dr. Mahood’s long vocation as a community-based doctor, but it certainly set the tone for the remainder of her career, which combined her love of politics with a patient-centred approach to psychiatry.

In 1970, Dr. Mahood participated in the Abortion Caravan. It was Canada’s first national feminist protest and was spearheaded by the Vancouver Women’s Caucus. The group was protesting the 1969 amendments to the criminal code that made abortion legal only if it threatened the health of the mother. Even then, it could be performed only by a physician in an accredited hospital, and required the approval of a three-member committee of doctors called a therapeutic abortion committee.

A cross-country caravan of concerned women travelled from Vancouver to Ottawa to denounce the status quo. Their successful protest effort shut down the House of Commons for more than an hour and shifted the nation’s attention to women’s reproductive rights.

“My mother was a big pro-choice advocate,” says Dr. Sally Mahood of Regina. “She was a psychiatrist in the days when women had to prove they were ‘crazy’ in order to get an abortion. They needed a sympathetic psychiatrist who would argue their case. I remember listening to her dictating these reports and she was so outraged by the fact that three men on a panel would make a decision about a woman and whether she could have an abortion or not.”

Sally explains that her mother’s keen interest in medicine and mental health started in childhood. “In the small town of Alameda, Sask., where my mum was raised, there was a fascination with medical dramas. She had a teacher in her high school who had suffered a nervous breakdown, so my mother had an interest in mental health. Her own mother lost five family members to TB. That was around the turn of the 20th century and people lived in harsh circumstances.”

Dr. Mahood was born Margaret Charlotte Fisher on June 14, 1918 to Fred and Mayme Fisher. Margaret was born in Toronto because her father was a pilot in the First World War. Mayme was sent off to Toronto to have the baby so she could be close to family. Although born in Toronto, Margaret was raised in Alameda. Younger sisters Jean (Doodie) and Mary rounded out the family of five.

Alameda was a small village in southeastern Saskatchewan, Mayme was a teacher and Fred was the postmaster. Olive Fisher, Fred’s sister, was the family trailblazer. An English professor at the University of Alberta, Olive lived to 102. According to Sally, Olive Fisher financed the education of her three nieces from Alameda because she didn’t have any children of her own: “She lost the love of her life in the First World War and never married.”

Fred Fisher was a Tory Anglican. Margaret didn't have a lot in common with her father until later in life. “They had a lot of battles over religion. But I think it taught her to be strong in her beliefs,” says her daughter. She adds that her grandmother, Mayme, was a professional woman, which was unusual in those days. Mayme also had a well-developed social conscience and would have fresh sandwiches waiting when the unemployed men came off the train in the Depression-era 1930s.

When Margaret was just a child, Fred Fisher told her that “God had a plan for her,” according to Sally. “She admitted that for several months thereafter, she was afraid to turn corners around buildings in Alameda for fear she would meet God and He would tell her what He had in store for her. She clearly had her own plans for her life and we all take great pride and comfort in how she was able to live those plans to the fullest,” Sally says.

Thanks to generous funding from her aunt Olive, Margaret earned a teacher’s certificate. While posted in Rockglen, Sask., the redheaded teacher fell in love with the principal, Ed Mahood. The couple married in 1942 and in 1946 their first child, Robbie, was born. Sally arrived in 1950.

At this juncture, most women of her era would have been content to keep house, put dinner on the table and raise the kids. Margaret elected to return to school: medical school at the University of Saskatchewan – with husband Ed’s full support.

In those days, students weren’t able to complete their medical studies in Saskatchewan, so Margaret packed up the children while Ed remained in Saskatchewan. Fred and Mayme accompanied Margaret to Montreal to help out. Margaret finished her studies at McGill in Montreal in 1955 and then specialized in psychiatry. Dr. Mahood went on to practise as community psychiatrist well into her seventh decade.

Margaret Mahood died at 94, in her daughter Sally’s home, on May 11. “You can’t live forever. She lived with us. We were able to bring her to our house about a year ago. It was what she wanted. I feel like she had a good death. She fell asleep and didn’t wake up. To be realistic, she had a wonderful life and a relatively easy death,” Sally says.

Margaret Mahood will be fondly remembered for her joie de vivre. “She loved reading, writing letters, dinner-table debates, travel and the opera. And she had a particular fondness for visual art. She was a real Renaissance woman,” says Sally.

In addition to her role as a community psychiatrist, she was active in many socialist causes. She was a member of the left-wing Waffle faction of the NDP. It was at a Saskatchewan Waffle meeting in Moose Jaw that retired feminist academic Alison Hayford first encountered Dr. Mahood.

“She was a very present person. You knew you were with someonewhen you were with her. She was very sharp-minded and sharp-witted. You knew where she stood on issues. She didn’t waffle,” says Prof. Hayford.

She cites Dr. Mahood’s mentorship capacities and her lifelong commitment to feminist causes as a unique contribution to the women’s movement.

“Margaret came of age during the suffrage movement, and was middle-aged by the time the second wave of feminism came along, so she had to figure out for herself how to be a feminist. Quite frankly, in those days in the CCF [Co-operative Commonwealth Federation], the women were envelope stuffers; they weren’t expected to take public roles and run for office. There were some who did. But Saskatchewan was a really sexist place – including on the left,” Prof. Hayford says.

Dr. Mahood was also notable for her great intellectual curiousity. “She retained that capacity right up to her 90th birthday,” says Prof. Hayford. After that age, she did start to slow down, but up to that point she had been reading, engaging with the world and feeding her mind.

“Margaret was a great debater and conversationalist. You didn’t want to come out on the opposite side of a debate with her,” Prof. Hayford says, recalling the many lively dinner-party discussions at the Mahood house. “Margaret was well read and read a lot of fiction. She wasn’t locked into her discipline and was always discovering new authors.”

Prof. Hayford describes Margaret as full of spirit and feistiness. Although she didn’t suffer fools gladly, she was always very well turned-out, polite and charming. “Oh sure, she had a sharp tongue,” Prof. Hayford adds, “And as a left-wing feminist, she was ahead of her time. Her sharp analysis of the world – that did include an analysis of gender – came before the term was coined.”

It was that astute analysis and the growing role the Mahoods played in the local socialist community that drew 1960s student activist Don Kossick to their Saskatoon dinner table. “We were the generation that came out of the Medicare struggle. Marg and Ed were incredible people. They mentored me. They were such a cool partnership. They were great encouragers of learning and critical thinking,” Mr. Kossick says.

According to Mr. Kossick – who continues his work as a grassroots community organizer to this day – the Mahood home welcomed a constant flow of people. Guests exchanged ideas and the couple pushed forward the concept of change.

The Mahoods were great believers in social change and they embodied those ideals. The couple was at the forefront of the anti-Apartheid movement, the peace movement, gender relations, the pro-choice movement, the anti-nuclear movement, and they supported solidarity with Palestinians.

For Dr. Mahood, it was politics first and then medicine, Sally says. Mr. Kossick echoes that sentiment: “The Mahoods made a huge difference in my life. They mentored us as community organizers and then they left the responsibility to us to mentor others.”

The pioneering psychiatrist left an indelible mark on her community. Dr. Margaret Mahood made history thanks to her courage and aplomb on the frontlines as a co-founder of the Saskatoon Community Clinic. She also made an invaluable contribution to her province as a physician willing to put herself at risk for her patients and for a medical system she believed in wholeheartedly.
Posted by Next Year Country